Before you consider moving your office to Wimbledon, or whether the choice has already been made, ensure you do a little research into the area and what there is to offer beforehand. Check out this easy broken-down guide to what’s hot in Wimbledon.

Location
Wimbledon is located in the district of South West London, close by to Kingston upon Thames, Norbiton, New Malden and Sutton. It is located within Greater London with brilliant transportation links to West London, central London, Croydon and the surrounding areas – perfect for commuters. The area itself is split into two sections, the village and the town. Wimbledon had its own called Merton.

Shops
Wimbledon has a great contrast of boutique stores, large supermarkets and commercial retail shops. There is something for everyone. So whether you decide to browse during your lunch break or after work, you will be spoilt for choice.

Food
The centre of Wimbledon offers a great mix of unique cafes, familiar high street names and a eclectic range of cuisine’s including Italian, Mexican, Indian, Thai, Japanese, Chinese and much, much more. Whether you are on the move and want to grab a quick bite to eat before work, during your lunch break, after work or on your day off, check out the restaurants and cafes on offer and you’ll find choosing one quite difficult.

Drink
Wimbledon also offers a fabulous selection of bars, clubs and pubs. Whatever the occasion and whatever you fancy, check out the selection on the high street or down by the common. You’ll find there is something for everyone whether it’s a cosy pub, a modern bar or a cocktail venue, Wimbledon has it all.

Transport
Wimbledon is so accessible on so many levels. There are plenty of options, whatever your journey. By road, A219 goes through Wimbledon Hill Road and runs through the Wimbledon Bridge to the Broadway. The A3 is the major route to Wimbledon if you come in from the M25. You’ll find plenty of places to park at reasonable prices too.

Wimbledon Station has both underground and overground lines, District and Northern. There are also over 9 bus stops and a tram rail via the main station to Croydon.

Sport
Wimbledon is home to the New Wimbledon Theatre and Wimbledon Tennis Championships. It also features Wimbledon Common, which is one of the biggest areas of common land in the capital London. Other sports and activities available are running, horse riding, horse racing and football. So you won’t be short of entertainment after work, during the seasons or at the weekend.

Living
Residing in Wimbledon is a great option if your office is moving there. You’ll find so many housing options available to you. From flat shares, houses to rent, homes to buy and flats to own. Have a look at what is on offer in advance and keep track of the prices. Wimbledon residential areas don’t come cheap but you’ll be able to find a place to suit you and your needs, whatever your budget. Also take into account the surrounding areas of Merton, such as New Malden and Sutton.

Easy move
Due to Wimbledon’s location and local amenities, you’ll find moving here with your office a really easy process. With so much on offer and available locally, you’ll find everything from storage options to removal companies Wimbledon and packing services. 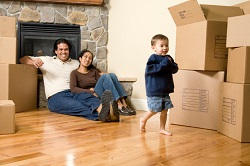 Whether you rent through an estate agent or a private landlord, most of you will have had to pay a deposit before you...

Just like moving house, the process of office relocation can be just as stressful and have as much to consider. If... 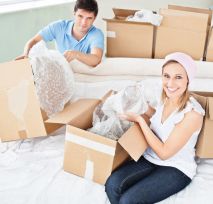 You will find that, much like children, moving house with elderly relatives presents you with a situation where you...